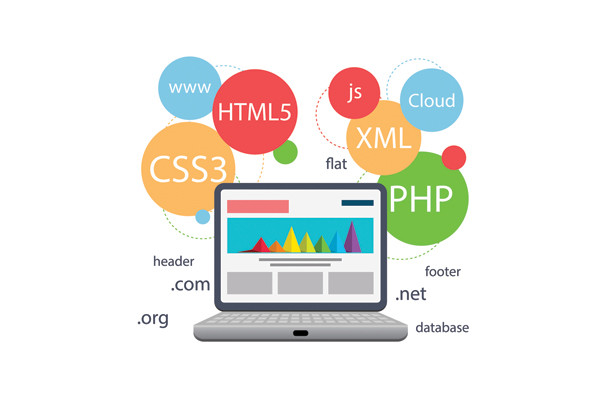 The Evolution of Web Development Over the Last 20 Years

Here’s a “blast from the past” experience that will bring you back to the days of pager beeps and CD-ROMs. It’s safe to say that a lot has changed over the years in web development and technology has become more advanced and refined in many aspects. However, in order to move forward, it is important to learn from the past. Let’s take a trip through the last two decades of notable milestones in web development.

1997: To start, ECMAScript was standardized. This trademarked scripted language specification was made famous for being developed in ten days.

1999: Microsoft invented Ajax, and it wasn’t acknowledged. Ajax went under the radar for a full six years before the world caught up. Ajax is the idea of performing within a web browser using JavaScript. During this time in the world, people would laugh at you if you said you only used JavaScript to program. This is potentially the reason for the lack of knowledge for so long concerning Ajax.

2004: Google releases Gmail. Yes, this is the year of the birth of the now well-known Gmail. It was quickly beloved due to the extremely responsive “thingy” it used. By “thingy” we are referring to mysterious Ajax. This was when JavaScript was starting to be taken seriously by programmers.

2006: jQuerey was created by John Resig. Today, John Resig is recognized as one of the most influential developers. Back in 2006, Resig was a recent college graduate.

2007: The first generation iPhone is released by Apple. Today, there are 7 generations of iPhones. Web developers must be conscience of mobile setups when they think about the websites and applications that they build.

2008: Apple releases the App Store. This introduces the submissions of native applications, built by third parties.

2009: The launching of CoffeeScript, the alternative to JavaScript. CoffeeScript was one of the earliest examples of transpiling one programming language into the JavaScript language.

2010: BackboneJS comes into the picture. This is the first “JavaScript frameworks” to gain noticeable traction.

2014: HTML5. HTML5 and CSS3 make it possible to do the things that would be expected from modern web applications today.

2016: ES6 is standardized. This standardization of the next version of JavaScript sets forward the next language the web will use.

This is a short list of the many mentionables from the past two decades of web development. After taking a look at these, it is safe to say that in web development, the ideas that seem the strangest end up being the most useful. Get those wacky brain juices flowing and maybe your idea could end up on the next 20-year web development reflection list.